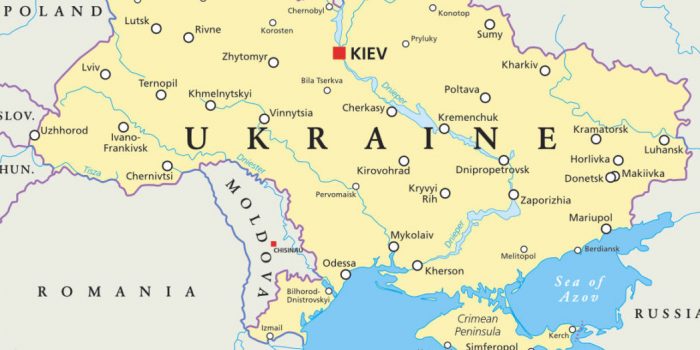 „Dear colleagues, the leadership of Ukraine’s National Agency for Higher Education Quality Assurance (NAQA) has prepared the following appeal to Ministers of Education and E4 organizations of the European Higher Education Area. We would be grateful if you could ensure that this letter reaches its addressees.To: Ministers responsible for the education of European Higher Education Area statesEuropean Association for Quality Assurance in Higher EducationEuropean Students’ UnionEuropean University AssociationEuropean Association of Institutions in Higher EducationCall to respond to Russia’s ongoing aggression against UkraineDear Ministers and E4 Group organizations,On February 24, 2022, Russia began a massive military invasion against Ukraine. This act of aggression is not only a blatant violation of international law; it is a serious threat to the security of the whole European region and worldwide.There is no justification, either legal or moral, for the ongoing Russian aggression against the sovereign Ukrainian state. The Russian Federation must be held responsible for its unlawful conduct. Full and comprehensive isolation of Russia from all spheres should be a part of the world’s response.With this letter, we call on you to suspend Russia’s participation in the European Higher Education Area (EHEA) and terminate all cooperation with Russia, including in the educational sphere.The EHEA was established as a project aimed at the integration and promotion of peaceful cooperation between states sharing certain core values. As underlined in the Rome Communique (2020), these values include democracy and rule of law. It is now self-evident that Russia by no means lives up to these standards.While the higher education system may not be central to Russia’s effort to undermine the Ukrainian state, it nonetheless forms a part of its state machinery. It contributes to Russian military technology and the preparation of personnel who serve in the Russian army. It also propagates the perverted interpretation of history promoted by the Russian government to justify their military’s unlawful acts of aggression.With this letter, we urge you to respond to Russian aggression resolutely and swiftly. In particular, we ask you to undertake the following steps:to stop all cooperation with Russia’s higher education and scientific institutions, and associations thereof;to suspend Russia’s participation in the European Higher Education Area;to suspend the membership of Russia’s institutions in the EUA and the EURASHE.We ask you to express your solidarity with Ukrainian people and Ukrainian academic community in these times.”

This website uses cookies to improve your experience while you navigate through the website. Out of these, the cookies that are categorized as necessary are stored on your browser as they are essential for the working of basic functionalities of the website. We also use third-party cookies that help us analyze and understand how you use this website. These cookies will be stored in your browser only with your consent. You also have the option to opt-out of these cookies. But opting out of some of these cookies may affect your browsing experience.
Necessary Întotdeauna activate
Necessary cookies are absolutely essential for the website to function properly. These cookies ensure basic functionalities and security features of the website, anonymously.
Functional
Functional cookies help to perform certain functionalities like sharing the content of the website on social media platforms, collect feedbacks, and other third-party features.
Performance
Performance cookies are used to understand and analyze the key performance indexes of the website which helps in delivering a better user experience for the visitors.
Analytics
Analytical cookies are used to understand how visitors interact with the website. These cookies help provide information on metrics the number of visitors, bounce rate, traffic source, etc.
Advertisement
Advertisement cookies are used to provide visitors with relevant ads and marketing campaigns. These cookies track visitors across websites and collect information to provide customized ads.
Others
Other uncategorized cookies are those that are being analyzed and have not been classified into a category as yet.
SALVEAZĂ ȘI ACCEPTĂ
Propulsat de